Back in February I had the one of the world’s greatest harmonica players over to my studio, Artland, here in Nashville to do some recording. Mickey Raphael, born and raised in Dallas, Texas, has been performing and recording with Willie Nelson for over four decades. They met in 1973, and he started sitting in with Willie soon after. Eventually Nelson asked Mickey to go on the road.

Billy, the co-producer hard at work at Bias Studios in Virginia, December 2016.

Just this past December I co-produced some songs for an artist living in Austin named Troy Hanna. Troy is from Baltimore and worked for me in the late 70s when I had a band called Billy Kemp and the Paradise Pickers. Our band loved Willie and so did Troy. Troy went on to do work for Willie and has recorded a number of sides with Willie’s road band. We cut seven sides at Bias Studios in northern Virginia with Mike Monseur engineering. That session included Troy Hanna on vocals and guitar, Claude Arthur on bass, my brother, Doug Kemp on drums, and I played guitar and banjo. Troy had contacted Mickey who was on the road with Willie and was able to set up a session last Friday while Mickey was home for a week here in Nashville.

Mickey playing my 1930 Martin 2-17. He wanted to take it home with him. I made sure when he left it was still here.

Mickey showed up with a case full of Hohner Rockett harmonicas. He told me they were like Special 20s. I play some harmonica and used to play Special 20s. They were one of my favorite Hohner designs, a plastic comb and a nice round sound. The Rockett is known for its wide open cover plates and it’s delivery of a lot of sound. When you hear Mickey play you know it is him. He has a distinct voice no matter what style he is playing. On our session we had waltzes, folk-rock and rock-a-billy songs, and Mickey was intimately acquainted with each genre. Mickey had an early interest in folk music, and it no doubt helped him find the voice that he has today. 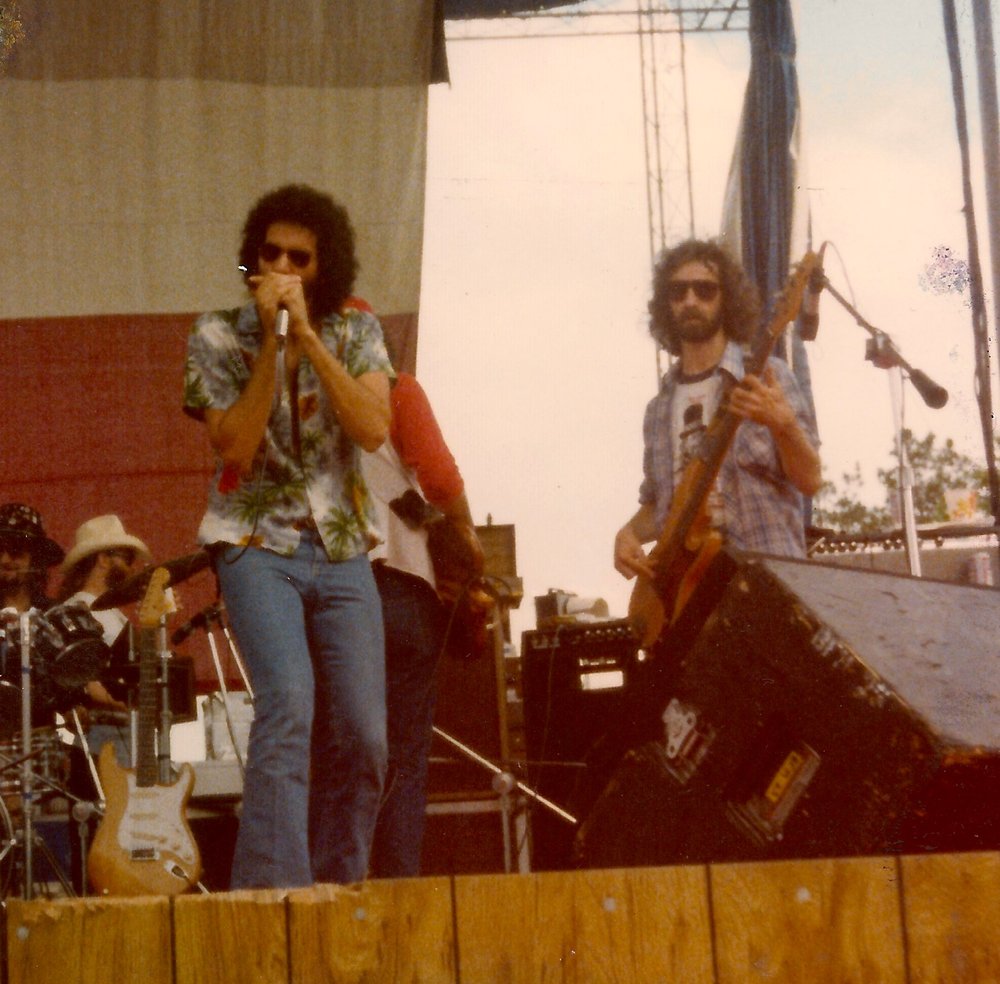 Troy and I first heard Willie in 1978 at a concert in central Virginia at an amusement park called King’s Dominion. Our band, the Pickers, performed during the day, and Willie played in the late afternoon and early evening. Willie’s band at the time was like Noah’s Ark. He had two of every musician except for the harmonica. Mickey stood alone as the only wind instrument in the ensemble that could have been called Willie’s Ark. Willie had his sister Bobby and Leon Russell on keyboards, Bee Spears and Chris Ethridge on bass, Rex Ludwig and Paul English on drums, and Jody Payne and Grady Martin on guitars.  Urban legend had it that Willie had two of each musician just in case one of them needed an altitude adjustment. I mentioned that to Mickey. He said that that wasn’t the case but that for example, Bee Spears decided to take time off from the road, and Willie hired Chris Ethridge to play bass. Then Bee changed his mind, and Willie didn’t have it in him to say no to Bee when he wanted his job back. I thought that was a heart warming anecdote.

Willie and Billy at King’s Dominion in Virginia, summer 1978.

In 1983 I was hosting a Sunday night writers night at the Bluebird Cafe here in Nashville. In the middle of my set a patron walked onto the stage after I had played an original song called “I Wish You Well.” The gentlemen introduced himself as Del Bryant, president of BMI and told me he really liked my song. He asked me if I had a demo, and I said no, it had just been written. He said, “make a voice/guitar demo and have it in my office by Wednesday, I’m flying down to Austin on Thursday and playing golf with Willie Nelson on the weekend and I want to give him that song.” And so I did.  As far as I know, Willie never cut the song. But after all of these years, I still think it would be a good song for Willie. I made a new voice/guitar demo just days before Mickey came over and pitched it to Mickey who is going to give it to Willie’s current producer, Buddy Cannon. “I hope you like it Willie.”